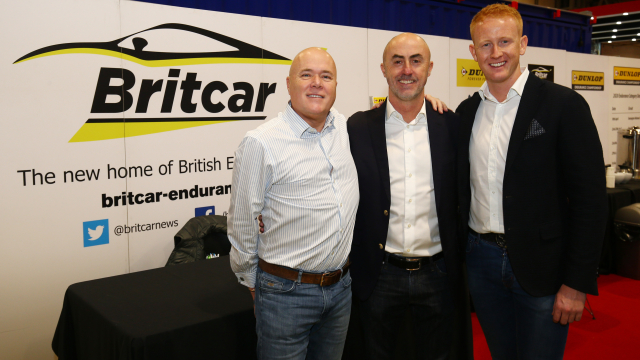 Brabham Automotive and the Britcar Dunlop Endurance Championship are pleased to confirm that reigning series champion, Paul Bailey, will enter the 2020 season in his newly purchased Brabham BT62. The announcement was made on January 9 at the Autosport International Show in Birmingham, England. 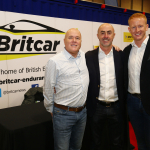 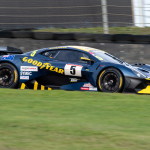 Brabham Automotive and the Britcar Dunlop Endurance Championship are pleased to confirm that reigning series champion, Paul Bailey, will enter the 2020 season in his newly purchased Brabham BT62. The announcement was made on January 9 at the Autosport International Show in Birmingham, England.

Paul will partner with Brabham Automotive development driver and professional GT racer, Ross Wylie - himself a former Britcar and British GT4 champion - for a full season’s campaign in a newly manufactured Brabham BT62 Competition. Ross spent much of 2019 working with David Brabham and the team to hone the BT62’s on-track performance.  His wealth of experience in racing, and with the BT62 in particular, sees him incredibly well-placed to help Paul Bailey get up to speed quickly in his new car.

This will be the first customer-entered Brabham BT62 to compete anywhere in the world.

The BT62 was added to Britcar’s approved entry list for 2020 after its successful debut at Brands Hatch in November 2019. This race saw David Brabham and Will Powell achieve the Brabham Automotive’s maiden victory in the BT62 while running a restricted 60% throttle setting.

Paul Bailey’s Brabham BT62 will be delivered with a similar ECU that includes a mode to reduce power output in keeping with series requirements. Although regulated when running in Britcar events, the ECU mode can be adjusted back to full power for testing, or for racing in other series for which the car is eligible around the world.  This means that the full potential of the BT62’s 700bhp V8 naturally aspirated powertrain can be retained whilst providing incredible flexibility.

Paul Bailey and other aspiring owners will have the option to enter the car in a number of additional global GT championships, with specific details to follow in the coming weeks.

“We will be busy delivering track and road compliant BT62s to new owners throughout 2020, but the first BT62 Competition in customer hands is a key milestone for Brabham Automotive as an OEM, and a marker of the brand returning as a constructor of competitive racing cars that customers can run themselves. We anticipate a successful season for Paul and Ross and are confident the BT62’s performance will encourage others to look very seriously at purchasing a Brabham for racing, track use in a gentleman racing environment or for use on the road.”

“Following the marque’s successful return to racing last year, it’s great that the Brabham BT62 will become a full-time fixture in the Britcar paddock for 2020. It’s personally very gratifying for me and the family to see a car bearing the Brabham name being raced by a customer for the first time in decades. This is another important step towards our road to Le Mans, we look forward to working with Paul and Ross through the driver development and customer racing programme where we will help them to get the best out of the BT62.”

“After ten years of racing and multiple class championship wins I wanted to reward myself with a top class race car for the new decade. Testing Brabham Automotive’s product against the competition's cars left me with no doubt that the race car to buy was the new Brabham BT62. I am extremely pleased to have the full support of the Brabham Motorsport customer racing programme for this season and look forward to a successful Britcar Championship alongside Ross Wylie”

“Working with Brabham Automotive for the past 18 months has been an incredible journey and I’m delighted that it has culminated in an exciting race programme for 2020. Paul Bailey has proved himself to be a talented endurance racer and I’m looking forward to joining his team and helping them maximise the performance of the incredible Brabham BT62.”

“We were delighted when Brabham Automotive chose the final Britcar round of 2019 for the race debut of the BT62, and are now thrilled that our reigning champion Paul Bailey is mounting a full-season campaign with the works-backed BT62 for 2020. This displays considerable industry confidence in the Britcar Dunlop Endurance Championship.”