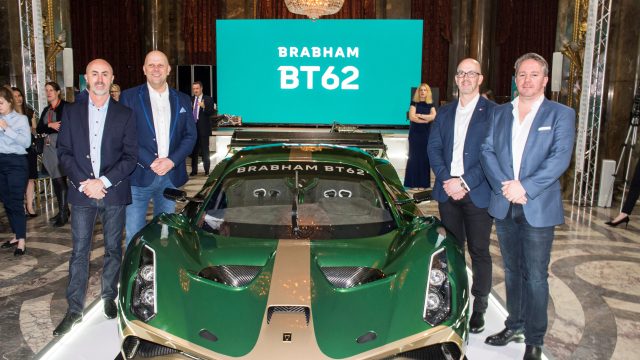 Brabham Automotive was introduced to the world on 2 May 2018, with the launch of the Brabham BT62 at Australia House, London.

As the company marked its second birthday last week, in the midst of the global COVID-19 crisis, it can reflect on having established a landmark production facility in South Australia, launched multiple variants of the BT62 globally, and regained a presence in motorsport. Brabham Automotive is currently Australia’s only OEM and while the world pauses to deal with the pandemic, its plans for the future are bright. 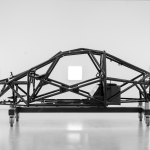 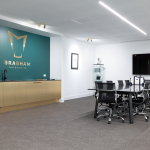 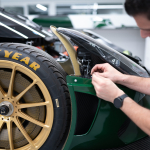 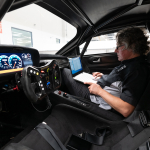 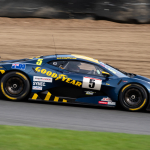 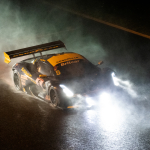 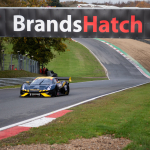 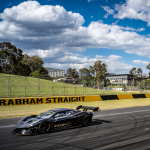 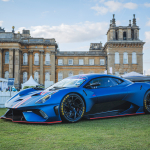 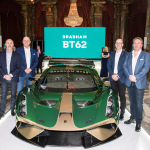 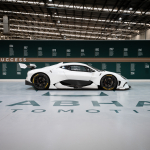 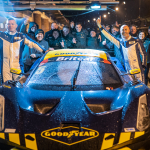 Brabham Automotive was introduced to the world on 2 May 2018, with the launch of the Brabham BT62 at Australia House, London.

As the company marked its second birthday last week, in the midst of the global COVID-19 crisis, it can reflect on having established a landmark production facility in South Australia, launched multiple variants of the BT62 globally, and regained a presence in motorsport. Brabham Automotive is currently Australia’s only OEM and while the world pauses to deal with the pandemic, its plans for the future are bright.

Brabham Automotive’s recently completed production facility is an all-new workspace encompassing the engineering, design, manufacture and assembly of both parts and vehicles.  It occupies 2,500m2 of a much larger facility housing Precision Buses, a division of Fusion Capital’s mobility hub, and part of the largest Australian owned bus-manufacturing group in Australia.

The Brabham facility has numerous bays for different phases of vehicle assembly from chassis up, a finishing bay for final inspection, a dedicated carbon composite workshop, engineering offices with 3D printing facilities, meeting rooms and a customer engagement area, putting customer engagement at the forefront of the Brabham experience.

Dan Marks, CEO of Brabham Automotive, and Director and partner in Fusion Capital:

What we have created here is a production facility that suits our current requirements as a niche manufacturer but is also easily scalable as our business grows.  There is plenty of space for us to scale-up both Brabham Automotive and Fusion Composites as activity in both businesses increases.

The Brabham team is also growing, with experienced team members from McLaren, Aston Martin, Ferrari, General Motors, Jaguar, Koenigsegg, Lotus, Mercedes AMG, Tesla, Volvo, V8 Supercars and the Virgin Formula E racing team – all of them world-class manufacturers and racing teams -  working on the design, engineering and manufacture of Brabham cars in Adelaide and the global activation of Brabham Automotive and Brabham Motorsport.

Creating the most dynamic cars in the world

The BT62 launched in 2018 with its Ultimate Track spec with a 700hp 5.4 litre Brabham naturally aspirated V8, 6-speed racing transmission, extreme lightweight bodywork with 1600kg of downforce wrapped around a chromoly safety cell.  Weighing just 972kg (dry), the BT62’s power to weight ratio surpassed that of vaunted rivals from McLaren, Ferrari and Porsche, justifying the BT62’s claim as the most dynamic driver’s car in the world.

The car quickly set about proving this capability with lap records around Australia, including the country’s most revered motorsport circuit – Mount Panorama at Bathurst.  The automotive media was duly impressed, too.  Top Gear called it “the world’s most track-focused hypercar” while multiple British Touring Car champion and Fifth Gear presenter, Jason Plato, described the BT62 as “driving in its purest form.”

The journey continued with the arrival of the BT62 ‘Competition’ in November 2019.   The BT62 Competition is a stripped back, racing version of the, BT62 aimed at gentlemen drivers and professionals alike.  It’s also the sharp end of the Brabham Motorsport program led by Sporting Director, David Brabham, which aims to see the marque compete in at Le Mans in 2022/23, with a watch and see brief on the finalization of the Hypercar Le Mans regulations.

The arrival of the BT62 Competition coincided with David Brabham and Will Powell driving the BT62 to an historic debut racing victory at Brands Hatch – where Sir Jack Brabham took an F1 victory in 1966 - as part of the Dunlop Britcar Endurance Series final round for 2019.
Brabham Motorsport is now firmly established, with Brabham supplying its first customer competition vehicles in 2020 for the Dunlop Britcar Endurance Series.  BT62 participation in this category of racing is expected to grow but, of course, all eyes are on the goal of entering, and winning, the world’s toughest endurance race – Le Mans.

The progress Brabham Automotive has made over the last two years is a source of great satisfaction.  From launch to production and now delivering to customers, we can be very proud of where we are to today as a business. My father won the British Grand Prix in a Brabham at Brands Hatch in 1966, so for me to win in our own Competition Spec Brabham BT62 on its racing debut was something very special.  We made history. Competing and then winning the Le Mans 24hrs with a Brabham is our Motorsport goal.  The challenge awaits.  Time to "just get on with it", as my father would have said.

The next step on the journey will be the launch of the BT62R in June this year, a fully road-compliant version of the BT62.  This third variant in the BT62 family will share the same chassis and powertrain as its track-focused siblings, with revised suspension (including front and rear axle lift kit) and aerodynamics, and increased levels of luxury and comfort for those who prefer to drive their car to the track on public roads.

Strong Foundations and a Bright Future

Brabham Automotive launched in the UK in 2018, but the company’s heart and manufacturing base is in Adelaide, South Australia, the home of its parent company - Fusion Capital.

Fusion Capital has investments in freehold property, property development, technology businesses, biotech companies and mobility solutions headquartered in Adelaide but stretching across Australia and into the UK and US.  Brabham Automotive is part of the company’s broader mobility hub that includes Australia’s largest bus producers with operations in South Australia, Queensland and Tasmania supplying transport providers nationwide.

Today, Brabham Automotive stands as Australia’s only automotive OEM, preserving jobs and a technology base that almost disappeared from Australian shores forever.

Dan Marks, CEO of Brabham Automotive, and Director and partner in Fusion Capital:

We have a strong vision of where we want to take Brabham Automotive leveraging the heritage of the marque and supporting its continued success on the track.  From a product perspective, the BT62 is the first of many cars we aim to bring to market with additional cars currently in design. Fusion Capital has a strong group of companies in its portfolio, with a supporting infrastructure that places Brabham Automotive in a positon to continue to grow into the future after a successful first two years.